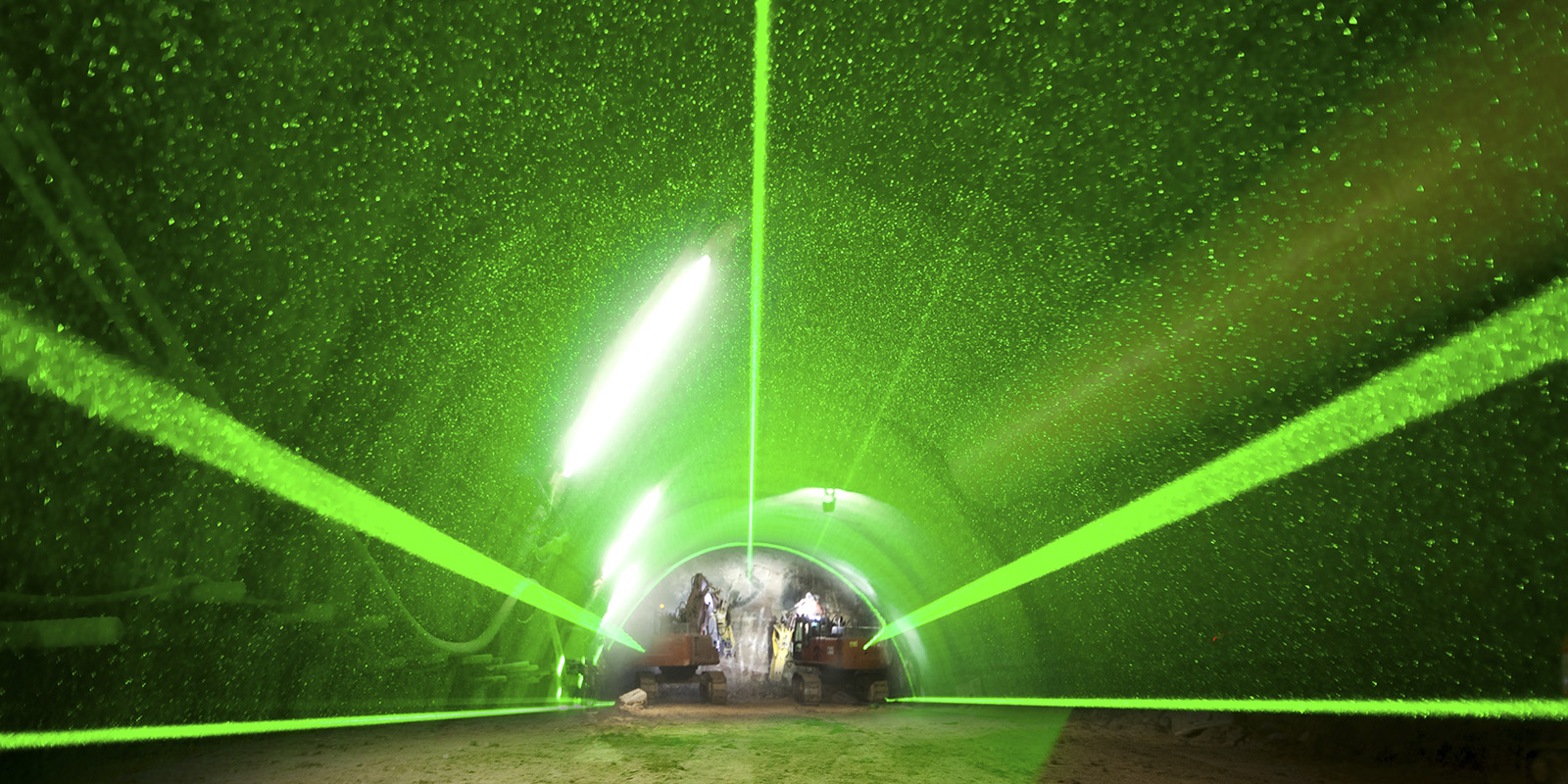 ACCIONA continues to work on the construction of the tunnels for the E6 Ranheim-Værnes project with the help of its own laser guidance system, which significantly increases precision in tunneling.

“The laser we use is as simple as it is ingenious. It is small, lightweight, easy to operate and saves us a lot of time and costs. At the same time, CO2 emissions are being cut because technology saves us from unnecessary transport, excavation of masses and land use. This is undoubtedly a groundbreaking technology that provides great benefits in drill and blast tunnels,” says Jacobo Arnanz, Construction director for ACCIONA in Norway

ACCIONA is building the E6 Ranheim-Værnes highway in Norway for the road company Nye Veier. The highway will have four lanes and two double tunnels.

Jacobo Arnanz states that discrepancies between the theoretical contour of the tunnel and actual excavation are one of the biggest challenges in conventional drill and blast tunnel.

“With ACCIONA’S laser technology, the precision between so-called design sections and real construction sections increases by more than 60% compared with tunnels without any tunnel section control. The gain is a cut in both CO2 emissions and costs in connection with construction.”

“The laser creates a coherent contour of the theoretical excavation part in real time. In other words, it "draws" the profile that the tunnel will have on the rock wall. This is how the machine operators and tunnel engineers get a reference that makes drilling easier and far more accurate, because it allows tighter drilling pattern and unnecessary scaling”, Jacobo Arnanz explains

“The laser thus helps to reduce the chances of cost overruns caused by geometric variations in the construction of this type of infrastructure. The operation of the laser is very user-friendly and can easily be operated by the team working in the tunnel. No special training is required”, Arnanz says.

Conservation of topsoil and reducing greenhouse gas emissions are key project goals in the construction process. More accurate tunnel drilling means that less mass has to be excavated. This leads to fewer transports out of the tunnel and thus lower diesel consumption. In addition, the need for land for landfill is reduced. In sum, the laser thus helps to reduce CO2 emissions on the project.

“ACCIONA has been a carbon neutral company since 2016. We are always looking for new and innovative solutions that can streamline processes and make projects more sustainable. The laser we use in this project is one of several examples of successful innovations we have developed, tested and which are now used to make construction work more sustainable all over the world”, Arnanz says.

To the top in a prestigious award

The great advantages of the laser have also been noticed outside ACCIONA. It was recently announced that the laser ran away with the victory during the awarding of the prestigious Leonardo Torres Quevedo National Engineering Innovation Award, which took place on 30 November.

“We are happy to have received this recognition. We invest billions in research, technology and development through our own departments and collaborate with universities and companies around the world. It gives results we can be proud of”, Jacobo Arnanz says.