What is solar photovoltaic energy and how does it work?

Solar photovoltaic energy or PV solar energy directly converts sunlight into electricity, using a technology based on the photovoltaic effect.

When radiation from the sun hits one of the faces of a photoelectric cell (many of which make up a solar panel), it produces an electric voltage differential between both faces that makes the electrons flow between one to the other, generating an electric current.

There are three types of solar panels:

When photovoltaic technology first began, it was used to provide electricity to satellites. According to APPA (the Spanish Association of Renewable Energy Producers), development of photovoltaic panels sped up in the 1950s and has now become an alternative to the use of fossil fuels.

Photovoltaic energy does not emit toxic substances or contaminants into the air, which can be very damaging to the environment and to human beings. Toxic substances can acidify land and water ecosystems, and corrode buildings. Air contaminants can trigger heart disease, cancer and respiratory diseases like asthma.

Photovoltaic energy does not generate waste or contaminate water—an extremely important factor given the scarcity of water. Unlike fossil fuels and nuclear power plants, wind energy has one of the lowest water-consumption footprints, which makes it a key for conserving hydrological resources.

The main renewable technologies – such as wind and solar photovoltaic – are drastically reducing their costs, such that they are fully competitive with conventional sources in a growing number of locations. Economies of scale and innovation are already resulting in renewable energies becoming the most sustainable solution, not only environmentally but also economically, for powering the world.

In addition, solar photovoltaic energy is a “native” energy, because it is available practically everywhere on the plant, which contributes to reducing energy imports and to creating wealth and local employment.

For these reasons, producing electricity through solar photovoltaic energy and its efficient use contributes to sustainable development. 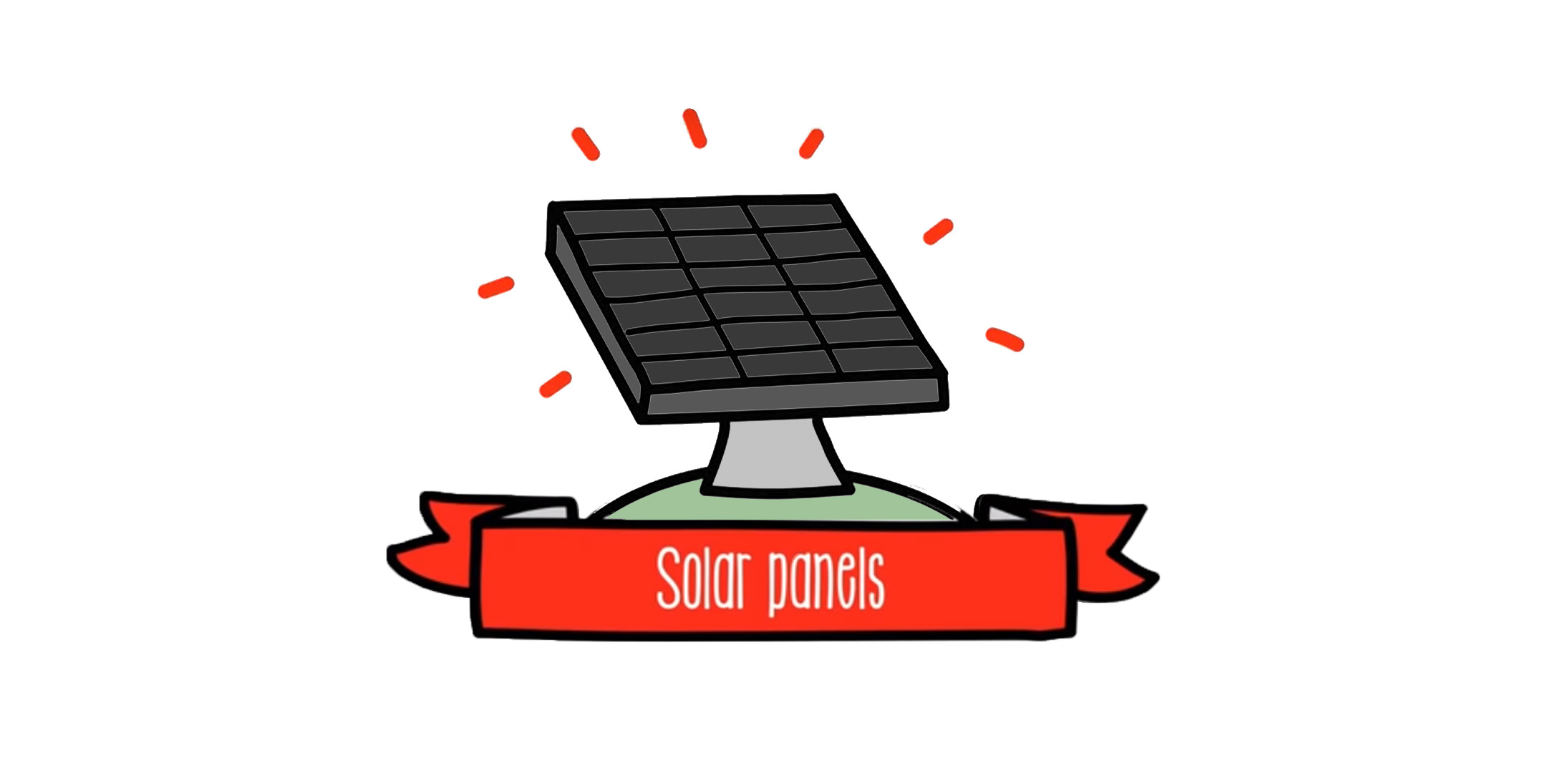 Development of renewable energies is essential if we want to slow down climate change and fight for all the planet’s inhabitants to have access to electricity.

But there are still people who doubt the efficiency of clean energies. Below we debunk some of these false arguments of solar photovoltaic energy:

Over the past decade, the cost of photovoltaic modules has fallen by 94%

Many hectares are deforested to build them

It is not true that forests are destroyed in order to install solar plants. There is no report from solvent public or private bodies that the growth of solar energy contributes to deforestation. On the contrary, solar plants are often installed in arid environments, with little or no vegetation.

ACCIONA's experience reveals that if a specific project has required the felling of a tree or species of natural interest, this has been compensated for by the planting of new trees in far greater numbers than those affected.

The phenomenon of deforestation is internationally linked to the abusive exploitation of tree masses or to the unsustainable extension of farmland, if not to droughts caused by climate change that renewable energies, such as solar energy, help to curb.

Solar plants are often installed on land without a previous use or even in desert environments where they don’t compete with livestock or agricultural activities.

To this day, there has been no known cases of conflict of interest with the agricultural sector. On the contrary, solar energy is increasingly an ally of farms, as it allows local applications linked to water pumping, automation of irrigation systems, etc.

On the other hand, there are situations where photovoltaic plants use animals like sheep and goats to keep the land, on which they are installed, natural.

Solar energy is useless at night

Evidently, solar plants do not usually function at night, in the same way that wind farms do not operate when there’s no wind blowing. But the progress in developing storage technologies and falling costs are making it possible, when there is no immediate demand, to store the electricity produced and supply it later, when the user needs it, even if that is at night or when there is no wind.

Also, the complementarity between different renewable technologies is one of their main virtues and they are perfectly combinable so the best solution can be arrived at in any case.

Modern photovoltaic panels are becoming more and more efficient, so that, under standard conditions, the time it takes for a panel to generate the energy used for its production is calculated in about two years, with a useful life of more than 25 years, during which it will continue to generate energy with sunlight as the only fuel, clean, free and inexhaustible. The main components of a photovoltaic panel are silicon, aluminum, glass and copper, so its manufacture does not suppose an especially polluting process that requires protection and safety measures beyond those for a conventional industrial process.

Once the photovoltaic panel’s useful life is over, its components are classified as non-hazardous waste and are recoverable at rates of up to 95% or more.

In the last decade, photovoltaic solar energy has experienced a drastic reduction in costs that has made it, along with wind power, one of the energy technologies with the most promising future.

With the installed capacity of photovoltaic energy standing at 495 GW at the end of 2018, the IEA forecasts that, by 2040, it will have increased sixfold to over 3,000 GW (and possibly even 4,800 GW in the most sustainable scenario). 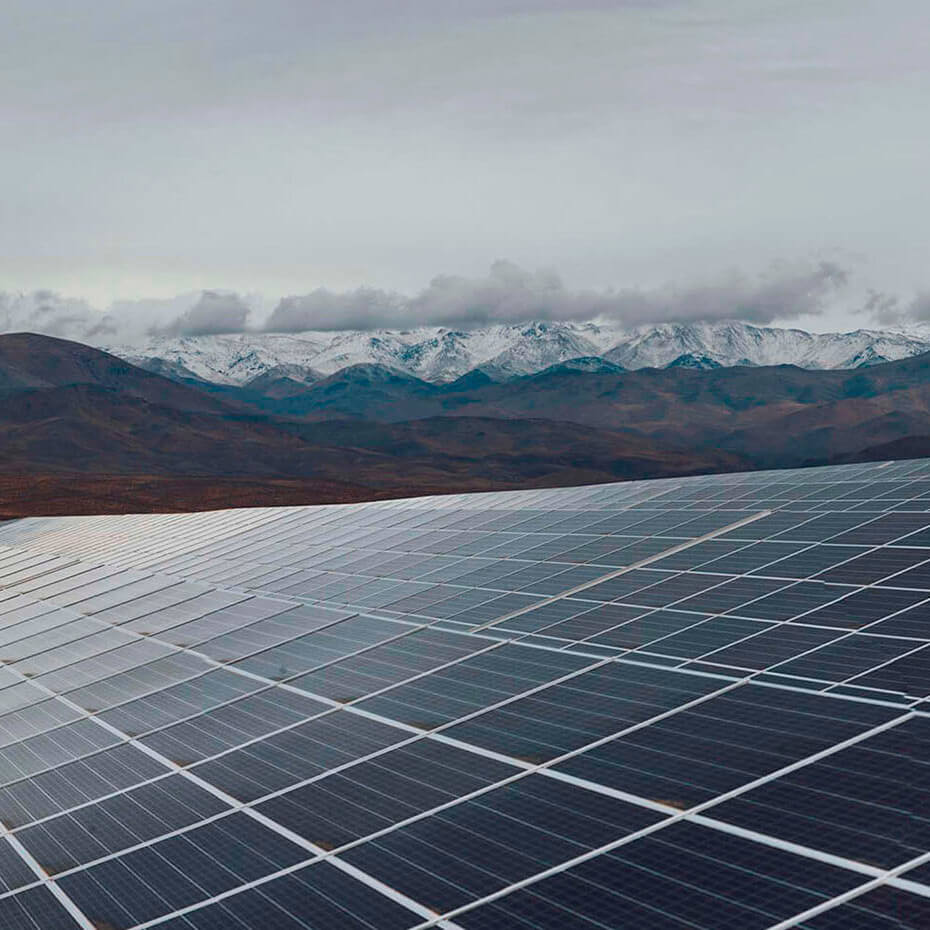 What’s the difference between peak and nominal capacity in photovoltaic installations?

In principle, nominal capacity defines the limit of the plant (one cannot produce more than the inverter can convert). Nevertheless, photovoltaic facilities always install a peak capacity greater than the nominal – more panels – to assure 100% of inverter capacity is used.

A solar photovoltaic plant will be well designed if the peak capacity – panels installed – ensures the inverter can function at 100% capacity whenever it is required.

WHAT DOES ACCIONA DO?

We use sunlight to produce the energy with which we’re fighting the climate emergency, leading the transition towards a low-carbon economy. We have built some of the largest photovoltaic plants on the planet

Get to know what we do