Today, cities represent 3 % of the planet's surface and concentrate more than 50 % of the population. A figure that will rise to 70 % by 2050. In addition, cities generate more than 80 % of the world's gross domestic product (GDP).

In addition to facilitating access to essential services for life - such as energy and water - ACCIONA contributes to making cities places of productive well-being in which to live, favouring people's socio-economic development.

The Pyrenean desman (Galemys Pyrenaicus) is a species that is endemic to the Iberian Peninsula and is classified as “Vulnerable” in the Spanish Catalogue of Endangered Species and by the IUCN. Moreover, the population of this species in Spain's Central System mountain range is classified as “In Danger of Extinction” in the Spanish Catalogue of Endangered Species. The desman is a semi-aquatic mammal that lives in mountainous areas. In territorial terms, the species has been reduced to the Northwest of the Iberian Peninsula, the Iberian System, the Central System and the Pyrenees.

The railbed for the Madrid-Galicia High-speed Railway line was built by the PEDRALBA-TÚNEL DE PADORNELO U.T.E. joint venture, of which Acciona is a member; this included building the Pedregales Viaduct (Zamora), which crosses the river Castro, one of the main habitats of the Pyrenean desman.

In order to minimise the impact on this species, a pioneering programme was implemented to translocate the Pyrenean desman, consisting of trapping specimens along the 1 km stretch of river affected by the construction work.

The first phase consisted of trapping as many individuals as possible in the affected area, radio-tagging them, and releasing them into the wild in another location. Genomic techniques were used to ascertain the relationship between the individuals that were captured so as to be able to assess the behaviour of their closest relatives.

After the animals were released, the second phase of the programme consisted of confirming their survival over time and of assessing how they adapted to their new habitat. This was done by tracking them with radiotags to obtain information about how the translocated specimens explore the territory, use shelter and perform in their new environment. The second phase represented a great opportunity to obtain more information about the biology of this threatened species, about which very little is known.

This pioneering programme to translocate Pyrenean desman involved 11 periods of radio-tracking, starting in the autumn of 2017 and concluding in the spring of 2020. A total of 24 specimens were radio-tagged. During their translocation, which was performed by specialised personnel, none of the specimens displayed signs of aggressiveness or stress as a result of handling; rather, they behaved calmly in the cages used to transport them. Upon release, they all abandoned the cages without incident.

This first translocation of Pyrenean desman can be described as a success considering that most of the individuals survived the move, adapted rapidly to their new habitat, found shelter, and explored the river area with relative normality; it was subsequently found that they had adapted appropriately.

During the operation to rescue and translocate the Pyrenean desman, the population of brown trout (Salmo Trutta) affected by the viaduct construction was also translocated. The brown trout is not a protected species nor is it listed in the Spanish Catalogue of Endangered Species, but it is listed as “Vulnerable” in the Spanish Government's Atlas and Red Book of Fish. 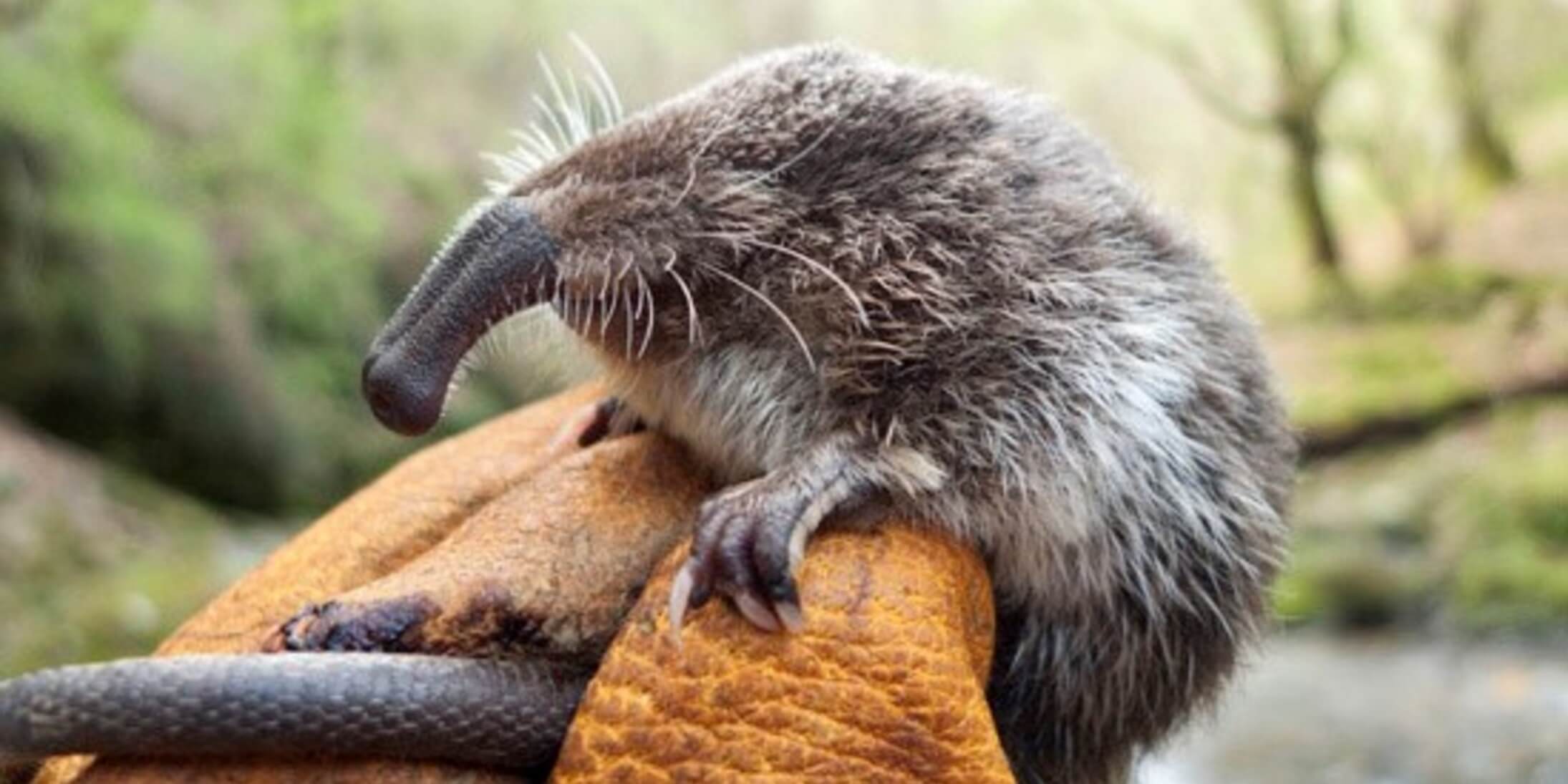