ACCIONA is piloting, in an alliance with Enagás and other companies, a project to generate green hydrogen from photovoltaic energy. It would then be applied in a series of energy applications on the island.

Power to Green Hydrogen Mallorca involves the construction of an electrolysis plant, the development of two photovoltaic plants to power, and a Green Hydrogen service station on the island.

The solar plants, located in the municipalities of Lloseta and Petra, will have a capacity of 6.9 and 6.5 MW respectively. They will produce enough renewable energy for the green hydrogen plant, which will generate and distribute more than 300 tonnes of H2 per year.

Green hydrogen will drive the decarbonization of the Balearic Islands through a range of applications: the supply of fuel for public buses and hire car fleets; the generation of heat and energy for public and commercial buildings, and the supply of auxiliary power to ferries and other port operations.

Furthermore, part of this renewable hydrogen will be mixed with natural gas and injected into the island’s gas network, which will reduce CO2 emissions from this source of fuel.

This industrial project is the core element in the European Green Hysland project, in which the European Union has committed 10 million euros through the FCH JU (Fuel Cell and Hydrogen Joint Undertaking) to support the deployment of infrastructures to make the renewable hydrogen ecosystem of Mallorca a reality.

ACCIONA and Enagás are joined in the project by Redexis, Cemex, the Spanish Institute for Energy Saving and Diversification (IDAE) and the Government of the Balearic Islands.

The project is part of the "Green Hydrogen Route Map" approved by the Spanish Government, which seeks to position the country as a technological reference in the production and exploitation of green hydrogen.

Mallorca will serve as a model to be replicated in five other island territories (Valentia, Ireland; Ameland, the Netherlands; Tenerife, Spain; Madeira, Portugal, and the Greek Islands). It will also be part of an experience exchange network within the "Clean energy for islands in the EU" European initiative.

tonnes of CO2 to the atmosphere avoided per year

tonnes of green hydrogen per year 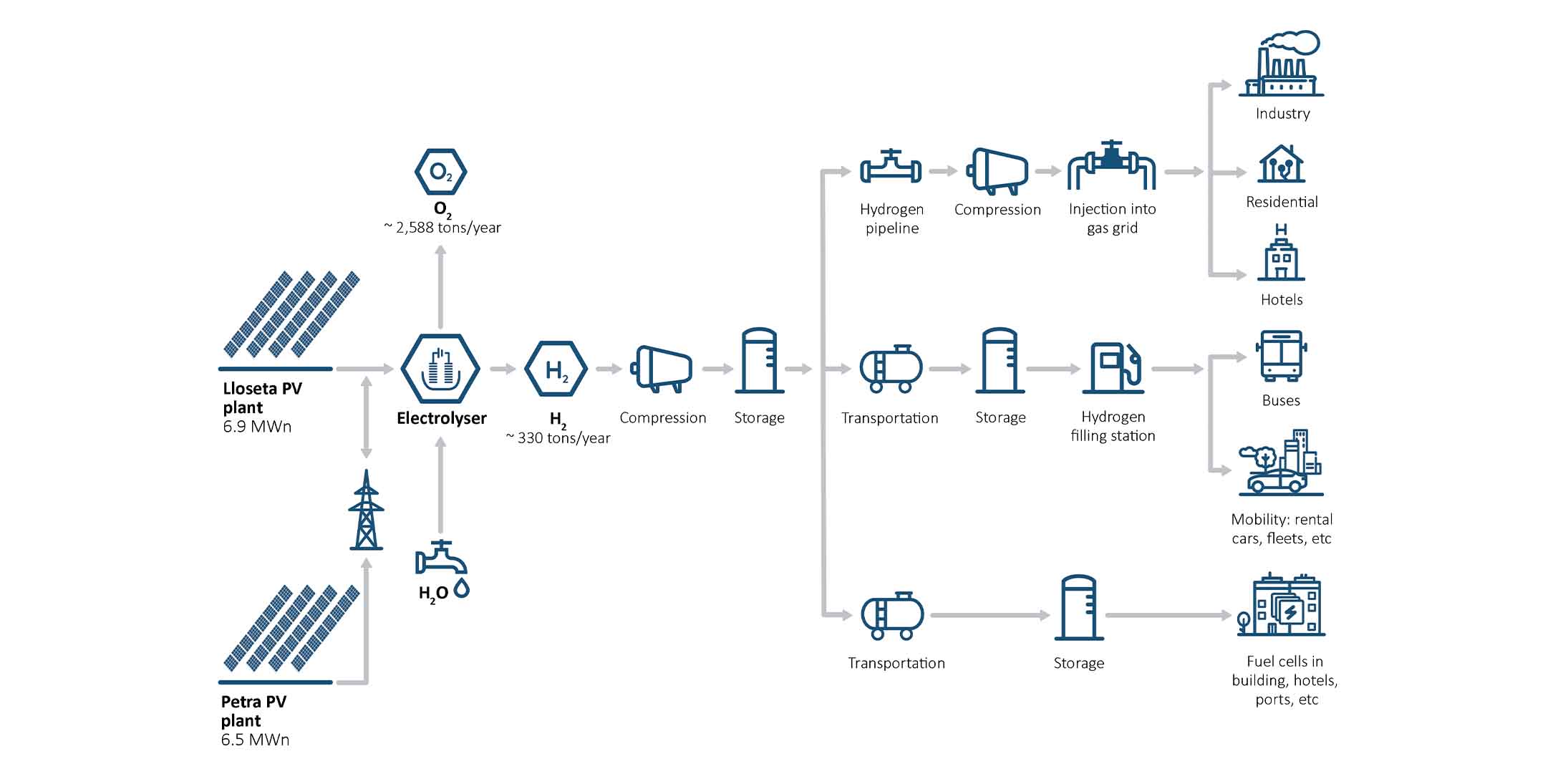 Participants in the proyect