Summary of the Rallies 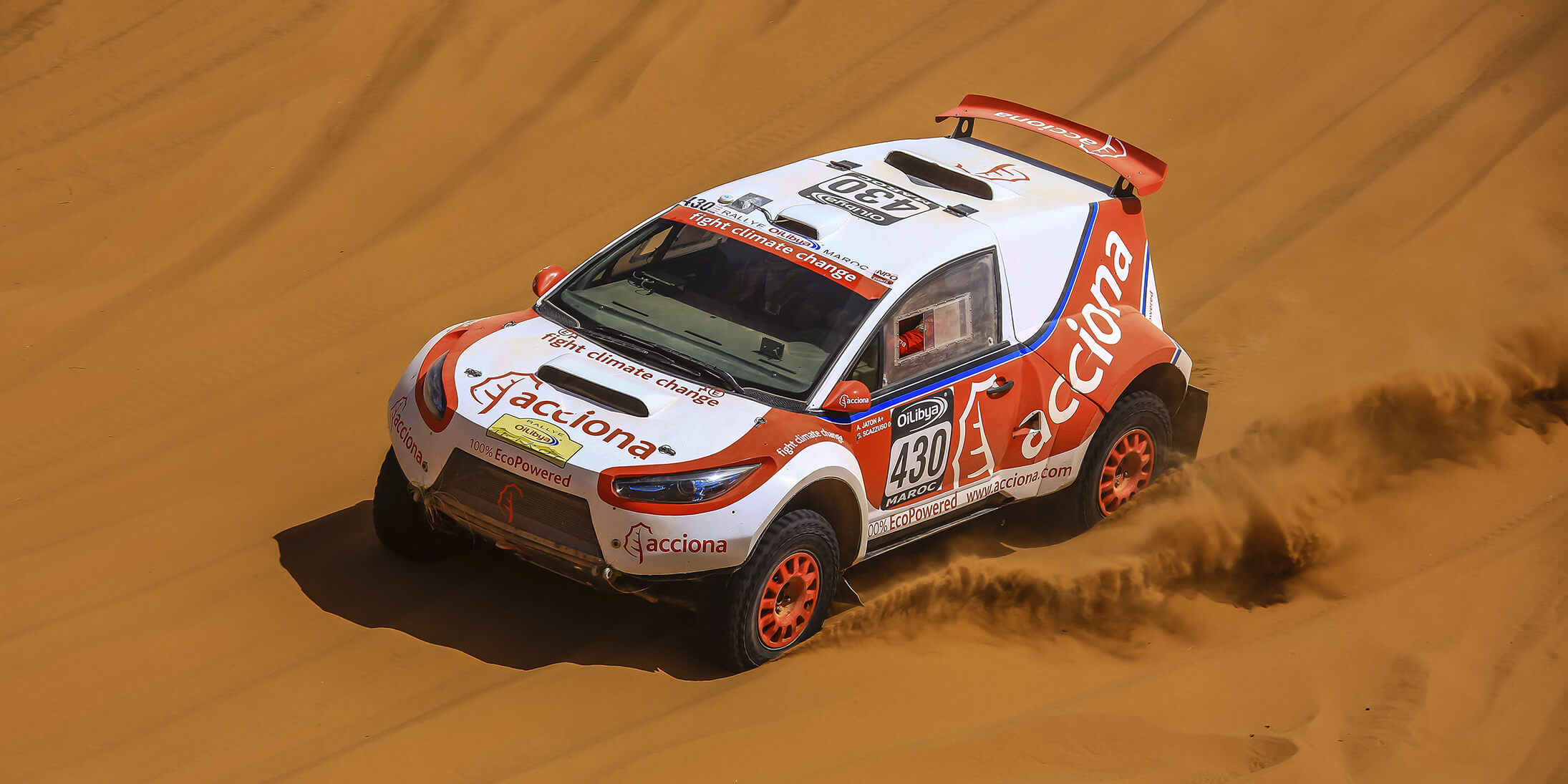 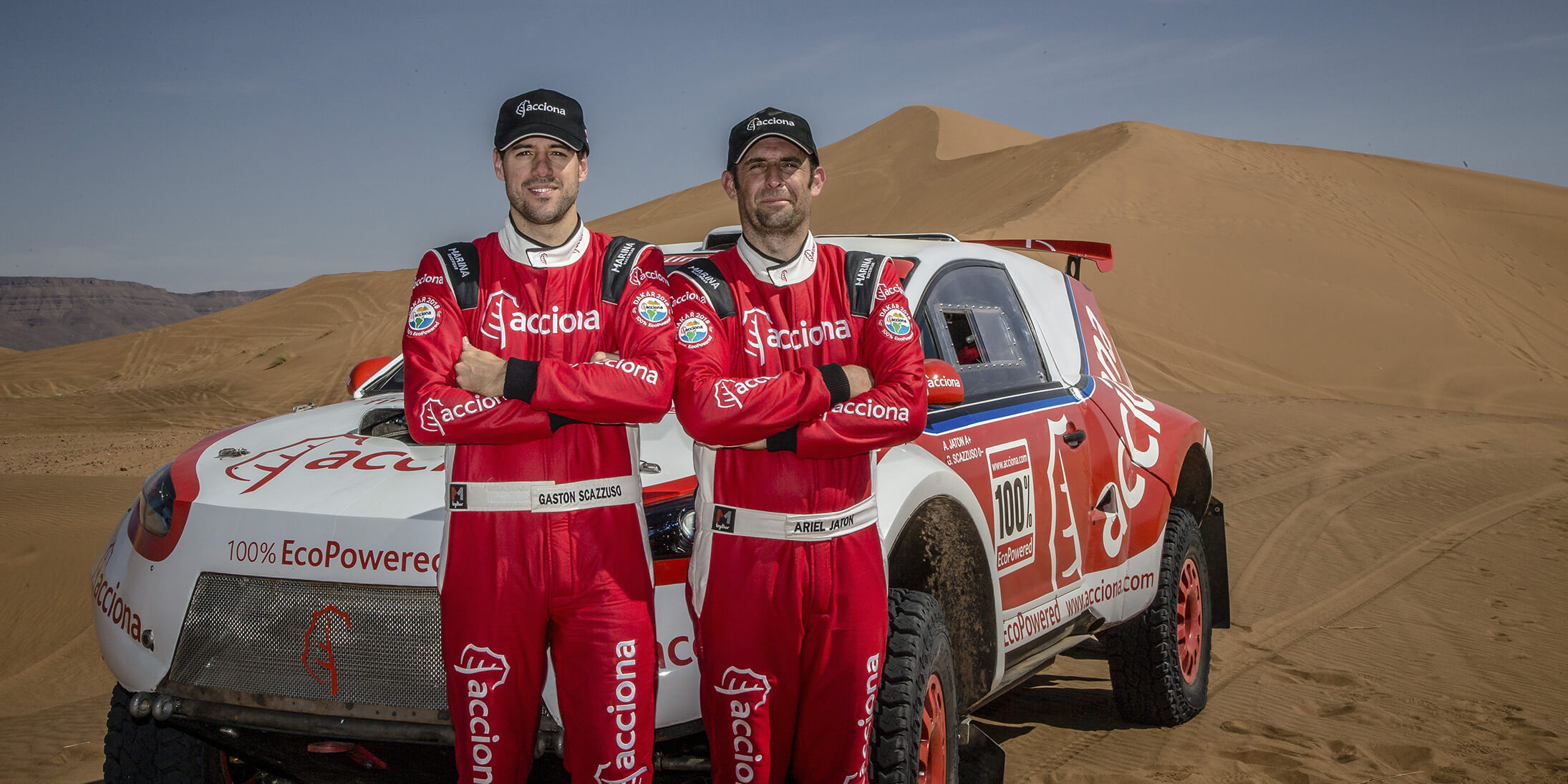 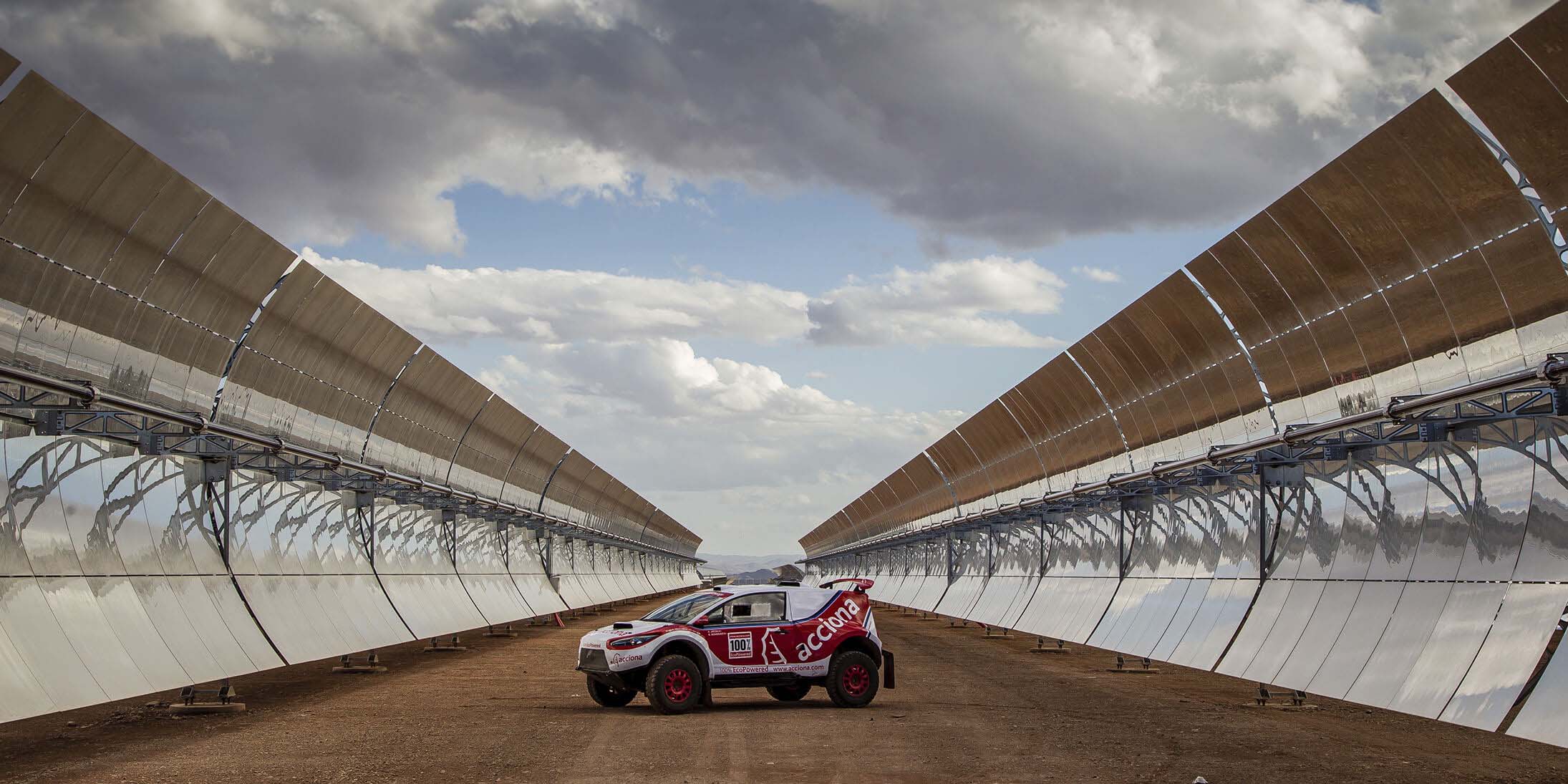 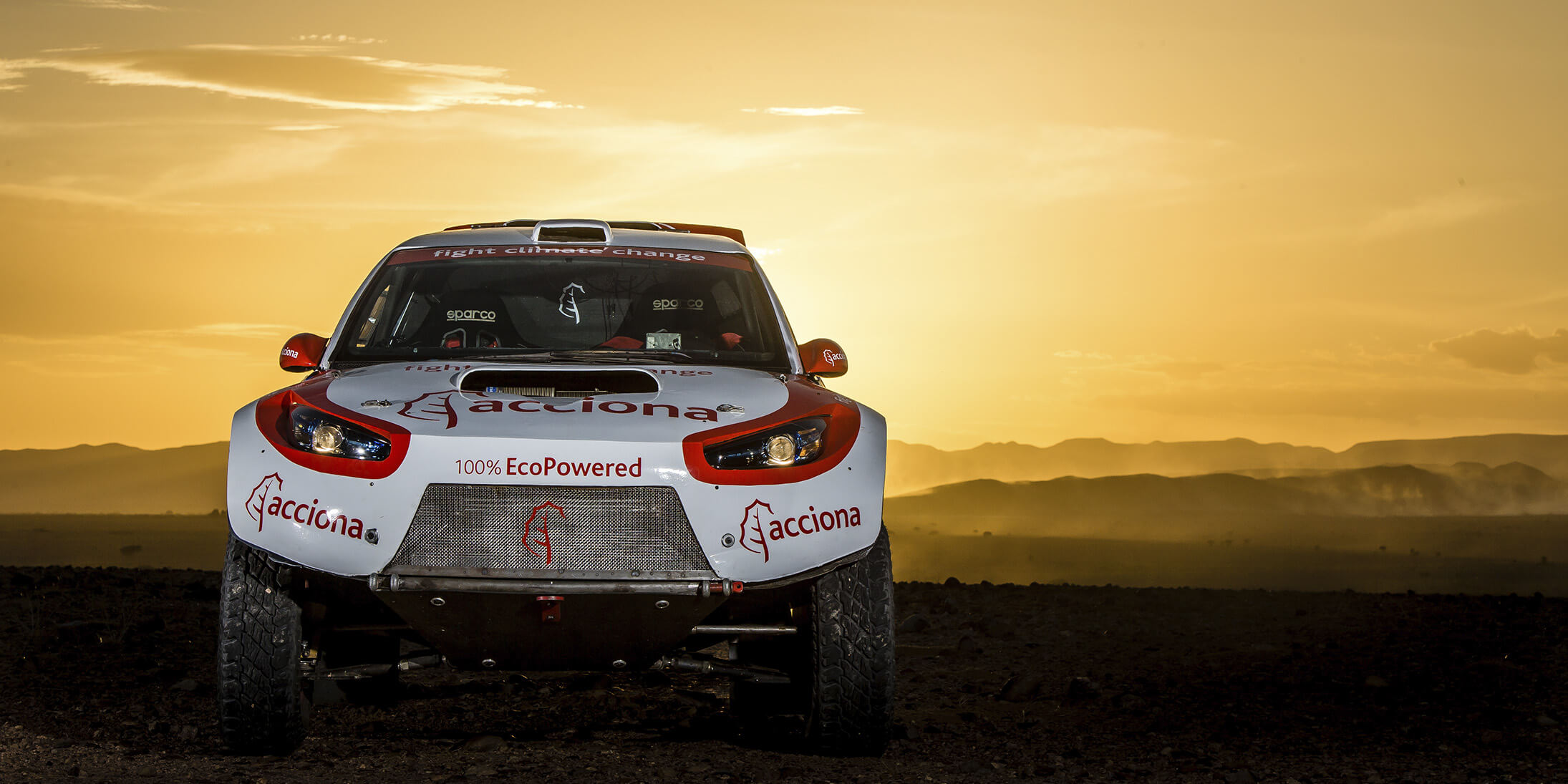 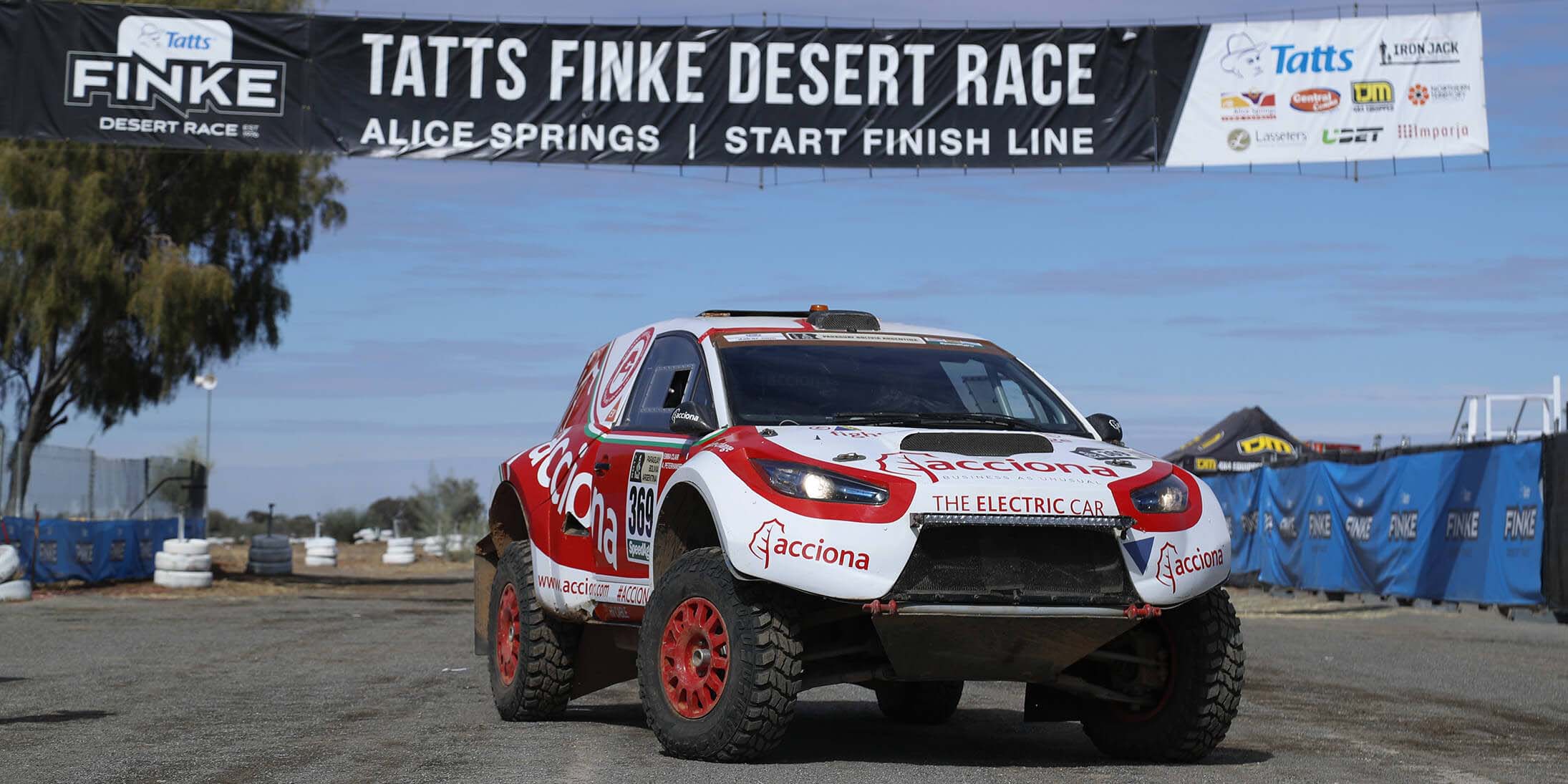 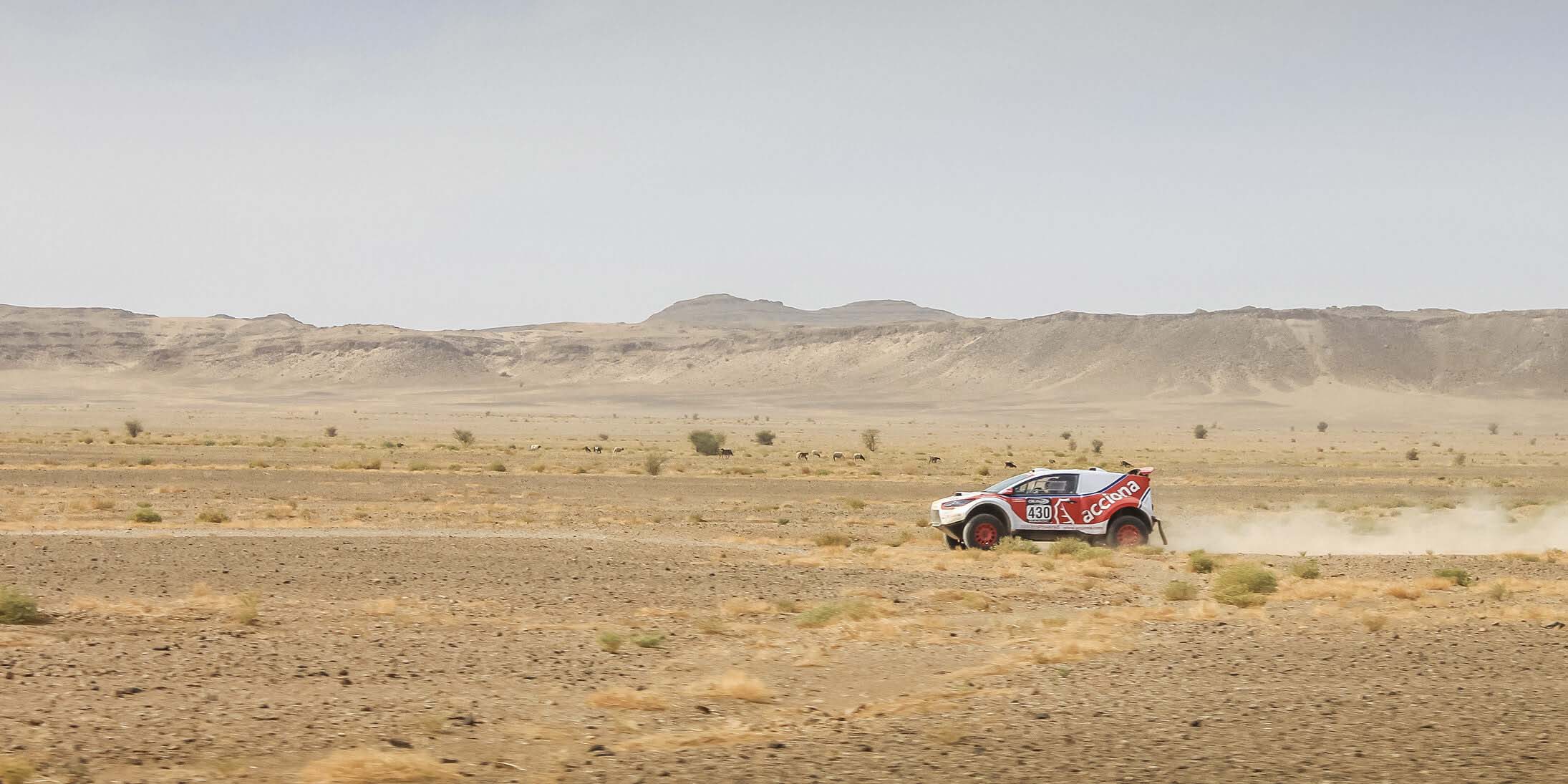 The ACCIONA 100 % EcoPowered has become the only zero-emissions vehicle ever to complete the Dakar Rally, overcoming the hardest-ever version of the race yet to take place in South America. It has also become the first electric vehicle to twice complete another FIA world championship race, the Morocco Rally in 2015 and 2016.

The idea behind ACCIONA 100 % EcoPowered

The story of ACCIONA 100% EcoPowered is one of reaching milestone after milestone, encapsulating what ACCIONA is all about. The Company was a pioneer in manufacturing the first zero-emissions vehicle to compete in the 2015 Dakar Rally, powered 100% by clean energy: that is electric batteries. Second time around, the car made a further leap forward in completing 10 out of the 13 stages that make up the rally and becoming the fifth most media-followed vehicle in the race.

In its third Dakar, the toughest version of the rally yet to be held in South America, the ACCIONA car came full circle, becoming the first electric vehicle ever to complete from start to finish the most demanding test of a motor car on the planet.

The tale began in 2012 when a more than 20-strong ACCIONA R&D&I team realized its dream of building a zero-emission racing car: a machine with the capacity to compete in adverse conditions without emitting the least whiff of CO2.

With drivers Albert Bosch and Agustín Payá at the helm, we used the 2015 Dakar to prepare the ground for the kind of challenge ACCIONA is made to take on: reaching our goal powered by renewable energy and with an eye firmly on the future.

Over the years, the car has morphed into a vehicle with the aim of making bigger inroads into the rally, which winds through a wide range of arduous Argentine and Bolivian terrain. The battery system was redesigned to give the vehicle an electric-driven autonomy of 200 to 300 km, depending on conditions, and the synchronous electric motor was overhauled to yield 300hp (340hp in the latest version), while weighing just 80 kg, making the car 40% lighter overall.

On 9 October 2015, a page was written in the history of the car: it became the first to complete an international FIA rally race without emitting CO2: the OiLybia International Morocco Rally (in the following edition, it returned to complete the race with Tito Rolón as co-pilot). The performance in Morocco confirmed the good feeling the team had about the vehicle, and they were ready to go back for another stab at the hard-fought, mud-caked Dakar.

The ACCIONA 100% EcoPowered team, led by Jatón and Scasuzzo, set off for Buenos Aires at the end of last year for their second attempt at the Dakar. On Saturday 2 January 2016, the ‘penultimate’ dream came true: the EcoPowered became the only vehicle to set off in the Dakar driven solely by renewable energy. It completed 80% of the race, closing in on its ultimate mission: to continue to show the way forward, challenge history, and reach the starting line for the third year running.

Contributing to sport and the planet

The 100% EcoPowered is the only one of over 18,000 vehicles ever to have taken part in the Dakar Rally not to have emitted a single particle of CO2. After 12 stages of an extremely complicated race due to bad weather conditions, the electric vehicle driven by Ariel Jatón ad Tito Rolón crossed the finishing line to complete a rally that will go down in history.

The EcoPowered has proved to be a racing car that not only demonstrates the reliability of the electric vehicle in such a demanding environment, but also represents the evolution and leading role renewable energy can play in ensuring the sustainability of the Earth.

The only zero emission vehicle to complete the Dakar Rally